With 2012 quickly approaching, we here at Bubo's Blog have decided to focus on the end of times.  But what do a bunch of Mayans know?  The Norse have it down pat.  They know exactly how the end arrives - and they are preparing for it.  There are several battles that happen in Ragnarok and we are going to detail each one for you.  So while the posts start coming in, you will need to decide who will win and who will lose by choosing the gods on the poll to the side that will be beat their foes.  Here is the fight card:
ODIN   vs.    FENRIR 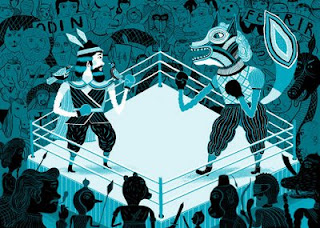 Odin - One-eyed head god that keeps all the Norse gods under control
Fenrir - Monster wolf who already bit one god's hand off as a pre-fight snack
THOR   vs.   JORMUNGAND 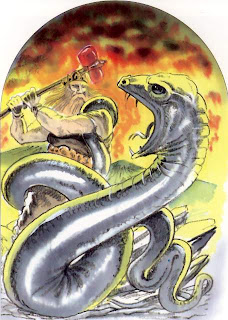 Thor - Warrior god of thunder, uses magical hammer and is the strongest of the gods
Jormungand - Monster snake also known as the world serpent, so big he circles the globe
FREYR   vs.   SURT 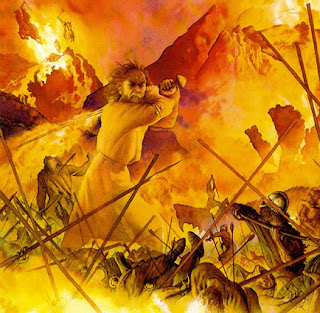 Freyr - This important farming god has a magical sword that fights on its own
Surt - An angry giant who has a sword of fire
TYR     vs.    GARM 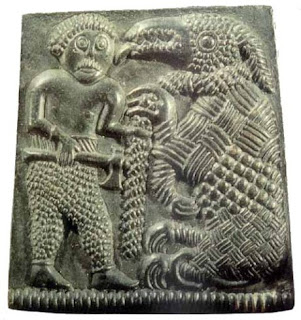 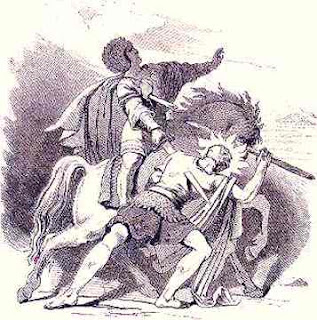 Heimdall -  Watchman of Asgard, has senses so precise, he can hear grass growing
Loki - Shapeshifting trickster figure, grew up with the gods, but has betrayed them now
O.K, now it is up to you.  In the next few posts, we will lead up to Ragnarok, then each fight will be detailed out in their own post.  You pick which god you think will win.  I will say this, not all gods win, not all gods lose.  So go ahead and take a stand!  Who will be the ultimate Survivor?
See all the Ragnarok posts.  Just scroll down to the bottom to start reading if you want to read them in order.
~
﻿
Posted by Mark Alford at 12:00 PM