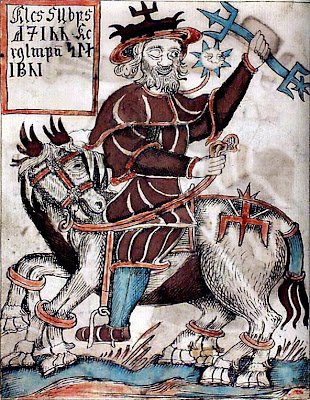 Happy Yule!
Posted by Mark Alford at 6:00 AM

I loved this! Nothing to add, just wanted you to know that somebody read it and enjoyed it immensely!

Ha! Thanks. You never know how people react unless they leave a comment, but I know that I often read a blog, enjoy it, and still leave without a comment. Merry Christmas!

Wow, I've never heard any of this before. So Odin's Santa, eh? I'll definitely be looking into it.

Thanks for the heads up :)

We offer simple get and drop-off alternatives, so you'll have the capacity to get from stream approach to escape auto without diverting from your vacation groove. Book Islamabad auto employ with rough terrain specs and a large boot for all your experience equip, or run hard and fast spectacular with an extravagance ride. Rent a Car in Rawalpindi You can keep your carbon impression little with half and halves and parallel stop like a professional on occupied boulevards with a conservative or economy roadster. In case you're going for business, at that point definitely, drive to inspire.

Ar Raheem Motors Rent a car Islamabad provide you to travel like a boss in new model and a luxury car V8ZX LAND CRUISER.
We aim to get customer more happy with our Services. We didn't care about business. Our business and aim is just to satisfy and provide a good car rental services in Pakistan.