Alia, over at Paleothea, raised some good comments earlier about what constitutes mythology.  She has a large net that she uses to classify things as myths.  I agree and so I am adding superstitions here.  With that in mind, I'm going to talk about owls. 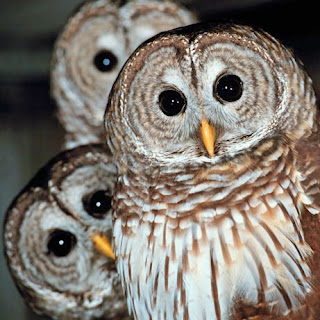 Owls, of course, do have a rich background in mythology as being Athena's bird of choice (not to mention a starring role in the original Clash of the Titans and key word in one of the most revered mythology blogs on the web) but they also have several superstitions about them.  I am only concerned right now with superstitions about birth (for some strange reason).  Interestingly enough, the world is divided on whether or not an owl is a good thing.  However, more cultures seem to be on the negative about owls.

The Zuni Native American tribe believed that laying an owl feather beside your baby would help it sleep.

The Saxons believed that the presence of an owl would make childbirth easier.

The Welsch believe that if a pregnant woman hears an owl at night outside her house, the baby will be blessed. 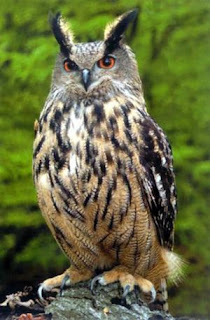 The Swahili believed that owls make babies and children sick.

In Babylon, owl amulets were worn to protect mothers during childbirth.

The French believe that if a pregnant woman hears an owl, the baby will be a girl.

The Germans believe that if a owl is heard during childbirth, the baby will have a miserable life.

In Morocco, the belief is that the screech of an owl can kill babies.

The Romans believed that witches would turn into owls and suck the blood of babies.  Stinking witches!

Oh, and as a side note, any man who eats roasted owl will be obedient and a slave to his wife.  That has nothing to do with childbirth but good to know whatever gender you may be!

Also good to know, if you have a bad encounter with an owl (roasted or not), the way to avert its bad luck is to nail the carcass of an owl to your front door!  Unless, of course, you live in Illinois where it was said that to kill an owl will bring revenge upon your family.

What to think?  I think I won't take my chances and will make sure the delivery room is secure from all owls before birth.  Yeah ... that's probably the smart thing to do.
Posted by Mark Alford at 9:44 PM

Owls are beautiful and majestic creatures which I would certainly want to accompany me during such a painful experience as childbirth.