A Living God in the Hospital


I've been terribly delinquent in posting for quite a while now.  I have several posts I would like to get to, but have just not seemed to have the time to do it.  You know what they say about life getting in the way.


I'll give you a post today and get to work on updating the blog some and finishing out the Ragnarök series soon (I think).  Thanks for your patience!


I was looking at the news when a headline caught my attention: Living God in India in Critical Condition.  So I read it.  Here is the short version of the article.  You can get the whole version here: http://www.breitbart.com/article.php?id=CNG.8fb83dbd49bee8cae7e88172dbbed82f.e1&show_article=1


One of India's best-known spiritual leaders, famous for his apparent miracles and long list of influential followers, is on life support in a southern hospital, officials said on Tuesday.

Satya Sai Baba, 85, who has devotees in more than 100 countries, was admitted to a hospital funded by his organisation in the town of Puttaparthi with lung and chest congestion on March 28. 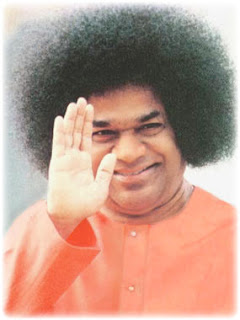 His condition has since deteriorated and he is now on a ventilator and is receiving kidney dialysis, the most recent health bulletin from the hospital said on Tuesday.
Thousands of followers have begun arriving in Puttaparthi, home to Sai Baba's ashram in the southeastern state of Andhra Pradesh, with many agitated by conflicting information given out by local authorities.
The wild-haired leader has a following of millions in India and abroad, many of whom believe him to be a living god, and the reincarnation of the great spiritual guru, Sai Baba of Shirdi, who died in 1918.
The guru, who claims to have performed several miracles including bringing men back to life, counts former Indian prime ministers, top businessmen and even the country's cricketers among his devotees.
His organisation funds health and education projects in India, including a string of hospitals that claim to be able to cure ailments beyond the capabilities of mainstream medicine.
The swami's birth in Andhra Pradesh is shrouded in mystery.
One hagiographical account by a biographer claimed the mysterious sounding of drums signalled his impending birth.
In his teens he is said to have begun singing verses in Sanskrit, a language of which he had no prior knowledge, and then became able to materialise flowers and sweets to the astonishment of observers.
His devotees also credit him with an ability to remember his past lives, a frequent claim of Indian holy men, and he is believed to produce sacred ash every day.
I find this all very interesting.  Now, if he dies and brings himself back to life, we've got a real story.  If someone reading this knows more about it, I am curious - is he really seen as a god on earth or as a great man?  The article says god, but I am wondering if they are just trying to boost the story some.
~
Posted by Mark Alford at 2:50 PM