NOTE - I have updated the post to include reader contributions at the bottom.  If you've already seen the post, scroll down for more pics.

There is only one Pegasus.  He came out of Medusa after Perseus chopped her head off.  She had gotten pregnant by Poseidon, but since Athena turned her into a monster, she never gave birth.  The babies just continued to grow inside her.  No wonder she was so cranky.  Pegasus has a brother that is a human warrior, who sprang out fully grown.

While mythology only gives us one of these magnificent creatures, artists have created millions more.  Here are 10 of the best Pegasus pictures I have seen: 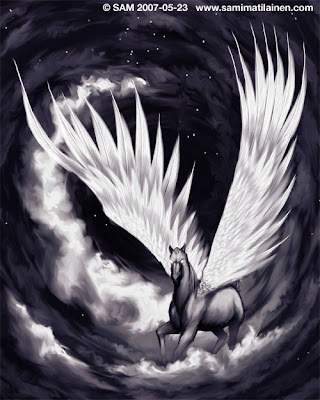 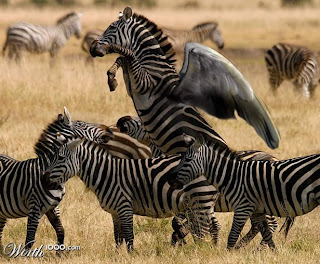 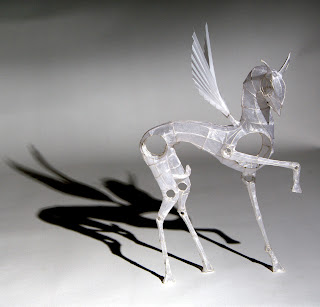 I really like the shadow effect.  Unfortunate tail placement, though.
from www.polyscene.com/wire/papershapers/pegasus.htm 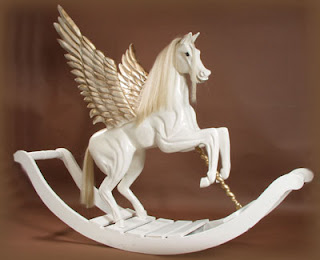 I have got to get one of these for my little girl when she is big enough.
You can get one at  www.rockinghorseworks.co.uk/pegasus_on_bows.html 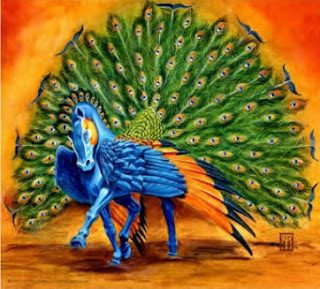 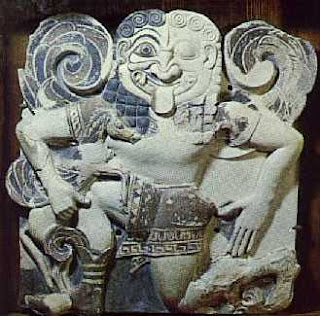 Here's a picture of Medusa holding her baby Pegasus.  Doesn't quite fit the timeline I'm used to, but hey!  We're talking snakes for hair and flying horses.  I'll get over it. 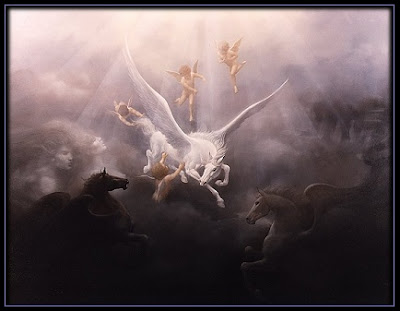 Are those little cherubs attacking the poor horse?
from unicornland.freehomepage.com/photo2.html 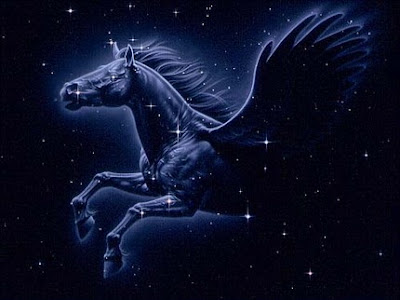 Wouldn't constellations be more fun if they looked like this?  When you look for it, it is liable to be only the four stars making the box for the body that you see.  Just as this picture shows, the constellation has no curple (this is the only word that rhymes with purple and it means a horse's rear end).
From http://www.whoguides.com/who-discovered-constellation-pegasus 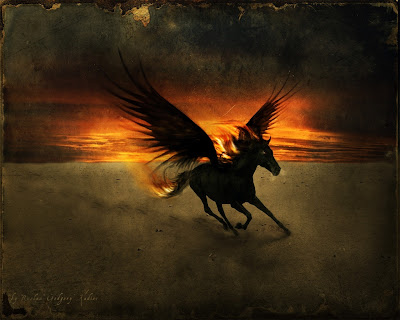 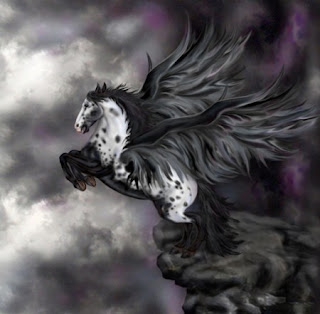 Do you have any to add?  Drop me the link in a reply and if it meets the high quality standards of our team of experts here at Bubo's Blog, we'll post it here!

Below are the reader's contributions:

Thansk to ANJ for: 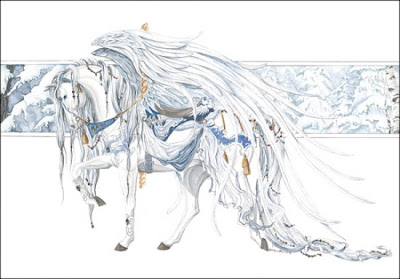 I really like this one.  I wish I had found it for my earlier list!
from http://nenethomas.com/mini-lithographs/carousel-horse-angel-white/

I'm quite fond of Nene Thomas's series of winged carousel horses. She doesn't have all of the paintings on her website, but here's one of them.

I love it! I'll add it to the list right away. Thanks!