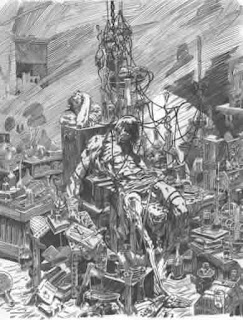 If you have never read the book, you may think of the monster as an illiterate being that can only grunt.  The book, however, has the monster as being very literate and intelligent.  After Victor Frankenstein leaves the monster behind, the monster decides to go out and explore the world himself.  He takes a satchel (man purse) that he finds and leaves.  Later, after hiding out in the woods and listening in on a family in a cabin that just so happens to have a little kid learning to read, he looks in the satchel and finds several books.  Those of you more familiar with Young Frankenstein, this is the scene where Gene Hackman plays the blind man that keeps accidentally burning and hitting the monster.  That's a great movie.  "'Werewolf?'  'There wolf!'"  Ha! Ha!  Sorry.  Back on track.

The most important is the journal of Victor Frankenstein.  The others are: Paradise Lost, Ruins of Empires, Sorrows Werther,  and Parallel Lives.  It is this last one that makes this scene notable on a blog about mythology. 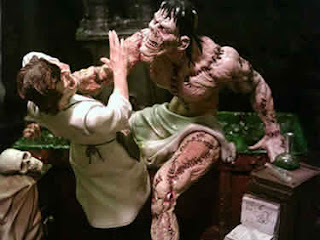 Parallel Lives is written by Plutarch and is a history of famous Greek and Roman men (evidently no Greek and Roman women were important enough to write about).  Most Greek people are paired with a Roman dude. He starts his book with Theseus and Romulus.  You know who these people are and maybe one day I'll devote a post to each of them.  Quick recap if needed, Theseus is the guy who is famous for killing the minotaur (but I remember him best as the guy who sat on the chair of forgetfulness in Hades until Hercules came along and pulled him off of it, leaving half of his butt behind) and Romulus is the founder of Rome, one of the twins who was raised by a wolf.  Plutarch clearly favors Romulus, even though Theseus has had more adventures and quests, since Theseus kidnapped and raped so many women in his life and Plutarch cannot find any excuse for it (for that matter, nor can I - that's one of the reasons I've never really liked the Theseus myths).

Next - Our final post related to Frankenstein, unless, of course, I come up with something more to write about. 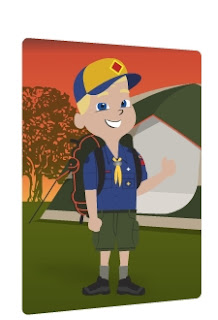 This post brought to you by Colby's Amazing Cub Scout Popcorn.﻿  After going to this link, you'll need to choose a scout to support.  Type in Colby A.  He's the Colby A. with only Mark listed as a parent.
Posted by Mark Alford at 6:40 AM