Well, Percy Jackson is out int he theaters and we've been so busy that we haven't got to see it yet.  We'll go this weekend.  I've heard from many that it is O.K., but can't hold a candle to the book.  After watching it, I'll let my son be a guest blogger and tell you if it is good from a set of ten year old eyes.

In honor of the movie coming out, I'm posting up a few pictures of Medusa.  The first one from the movie and then some more from how other people have envisioned her.  Some are a bit hiss-terical while others are pretty good adaptations. 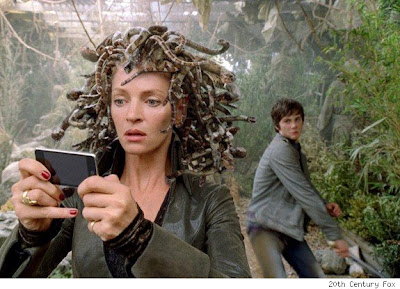 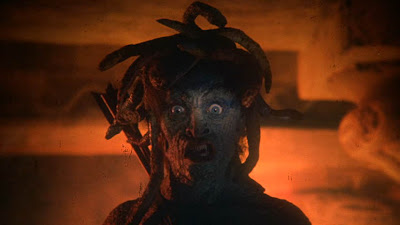 #3 - I think this one is my second favorite - I've noticed a trend in making Medusa look good (except for the hairs) and while I don't think it is mythologically accurate, I do think it is a nice bit of torture for her to still look good, but have her looks still be stone turning. 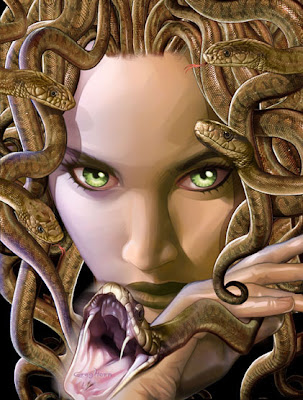 #4 This one is probably my favorite. 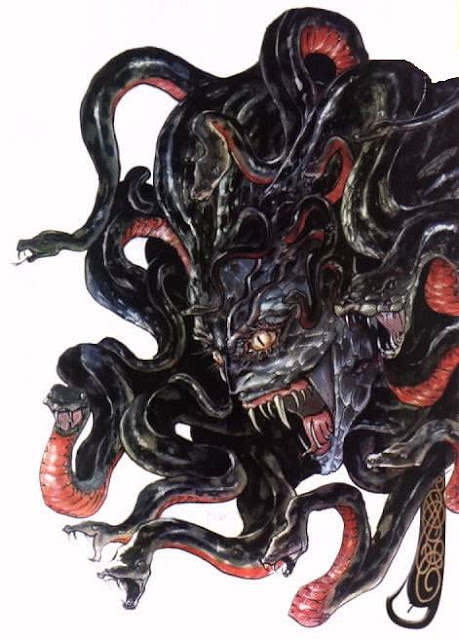 #5 The freaky thing about this one is that the snakes appear to be leaving. 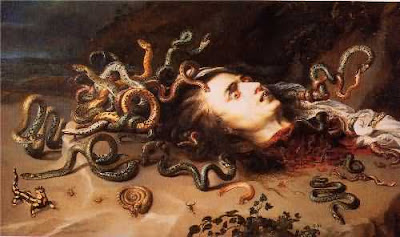 #6 - One of my least favorites, but since it has adorned the covers of Hamilton's mythology for years, I figure it ought to get a nod here. 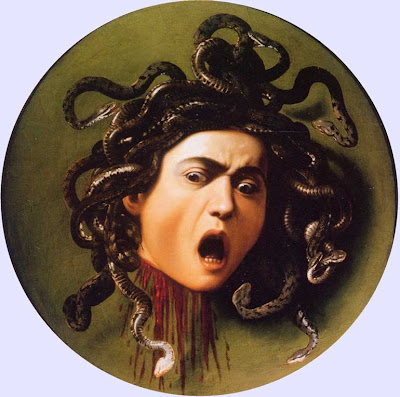 #7 - A very unusual interpretation.  This one is called Electric Medusa" 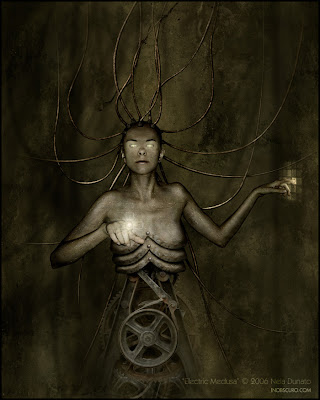 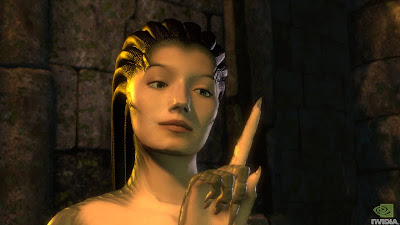 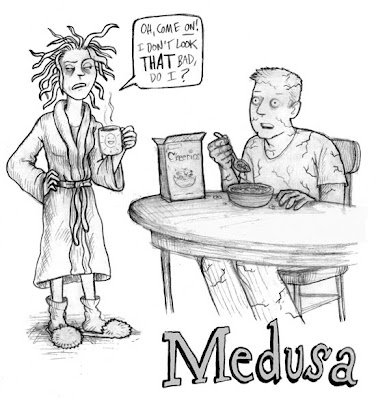 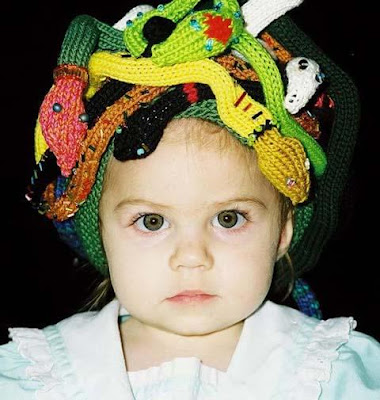 So, which one was your favorite?
Posted by Mark Alford at 3:18 AM

Definitely the kid with her knitted snakes.