The second stop of Odysseus is the island of the Lotus Eaters.  Nobody know exactly where this is supposed to be located and I've seen several maps of the travels of Odysseus always to find it somewhere different.  One guess is that Odysseus is trying to spare us from finding it.

What is so bad about it?  Having learned from his last stop, Odysseus only sends out a few people to scout out the area for food.  These guys never came back.  It seems that the land is full of these Lotus flowers (the actual translation here is vague and could mean any type of plant) that, when eaten, produce a state of forgetfulness and tranquility.  Odyssesu has to go out and literally drag these men kicking and screaming back to the boat.  Now you know why my students have affectionately nicknamed it Hippy Crackhead Island (hey, I encourage mythology in them in any way I can). 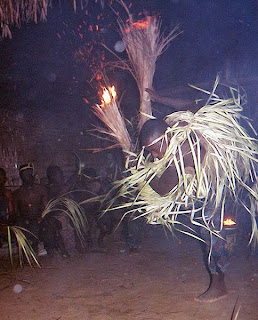 This is not the only example of drug use in mythology.  The entire Bwiti mythology relies on drug induced visions.  This Central African belief is still in existence today, so I am once again deviating from my viewpoint of mythology being a religion no longer practiced.  However, since embarking on this blog, I have found that to be a completely inaccurate definition anyway, so...

Back to the point, Bwiti relies on the Iboga plant, all parts of which has a drug effect.  The most potent part of the plant acts much like LSD and can send you into a trance that can last up to 5 days (or forever, but that is a more permenant trance!).  The main god is Mebeghe, a god who created an egg, hung it from a spider's web to cook in the sunshine, fertilized it, and waited for it to produce life.  Out of the egg popped Ninepone, None, and Evus.  No not a robot - that would be Eva from Wall-E, a great movie, but totally useless in this discussion.  These beings have not done well in keeping Earth safe and moral.

While most of the websites that discuss the Bwiti are in French (and I can't remember much from French class from all those years ago except "Tu a un chien mouche," which I think means you are an ugly dog, but after 20 plus years I can't be sure), there is a very detailed English translation of a French site that can be found here: http://www.ibogaine.desk.nl/barabe.html.  If you're interested but just not too interested, then I suggest the God Checker entry on Mebeghe. 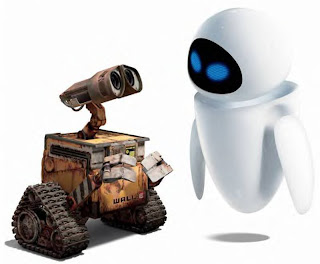