Well it is that time of year again. Stuck on what to get? Have no fear. Here is the list of 10 stranger mythology themed gifts to give this year. Of course, I'll help you decide on whom to give it to as well. Just one of the many holiday services we offer here at Bubo's Blog. Merry Christmas! 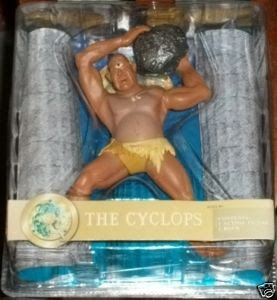 Every kid has a Transformer. But what kid has Polyphemus? And what kid wouldn't be thrilled to get one? At only $19.99, it's a steal! Your nephew will think you're the greatest. 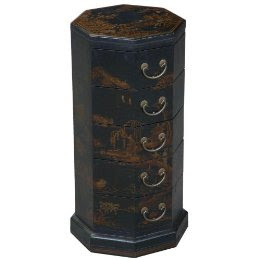 The perfect gift for your parents. Style up their home with the elegant end table painted with Chinese mythology scene. The best thing? You can make up the stories about what the mythological scenes mean since no one else knows the Chinese myths! Think of how smart you can make yourself seem. With that in mind, $449 seems a small price to pay. 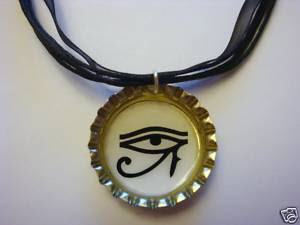 Nothing says, "I Love You" more than bottle caps - especially one that you can wear and reminds you that death is only the beginning. Guys, trust me. She'll go wild for one of these and at only $5.94, you'll have plenty of cash to get that Double Doozie cookie at the mall.

This set features Zeus as king and Aphrodite as queen (why not Hera?). Asklepios (god of healing and medicine) is the bishop and the knight is a centaur. A Corinthian column serves as rook and to wrap things up, Pan is the pawn figure. The pieces are made of stone and can be yours for $229. Of course, you could just ship this gift directly to me. 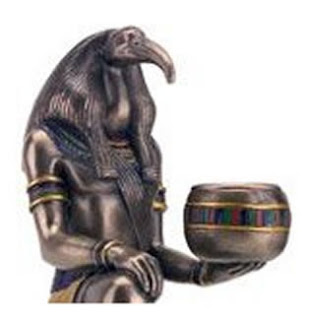 Think of all the romantic candle light dinners you can share with that special love one. What could make those nights better, why an Egyptian god candle holder of course. Let Thoth, inventer of writing and recorder of the deeds of the dead light your night to romantic bliss. At only $34.99, you could take two! Plus it will go well with the bottle cap necklace.


Mythology - An Epic Adventure for the Bravest of Heroes : The Board Game 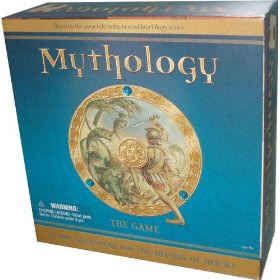 O.K., enter the labyrinth and save the day.  Got it.  Certainly to beat Monopoly any day.  The box says you can be one of the famous heroes of Greek mythology.  Who did they pick?  Theseus, Perseus, Odysseus, Heracles, Fason, and Achilles.

Wait!  Fason?  Fason?  Who the heck would have made a Fason character over a, say, Hector?  What about Atalanta for the female players?  FASON????  (Who the heck is Fason anyway? - My best guess is that it was just a typo on the web site and that it really is Jason. I'd still rather be Hector, though.

Anyway, I'm as much nerd as the next guy, but $99 seems a bit steep for a board game.  Especially one without any electronics.  Still, the box seems pretty thick. Maybe there is more than meets the eye. 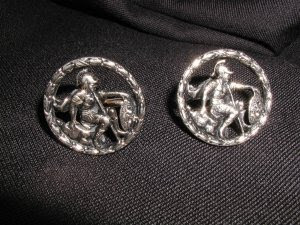 Give your dad that power aura as he walks into the next board meeting with these Mars, god of war, cufflinks.  At only $9.99, you'll have enough money to get that board game for yourself. 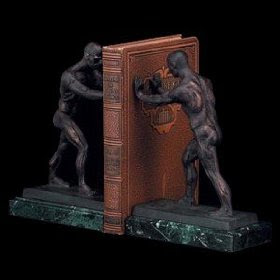 Perfect for Grandma.  Sure, she can't see the words on her favorite book anymore, but she still wants to display them, and what better way than with Atlas?  Want to be real clever?  Buy a bunch of atlases to go inbetween the Atlas bookends.  How much would you pay for them?  $10?  $50?  $100?  Good.  They are $100 and worth every cent.  Warning, the picture only guarentees that they are heavy enough to hold up one book.  Bubo's Blog is not held responsible for any damages resulting for dangerous acts like trying to use these bookends on two or more books. 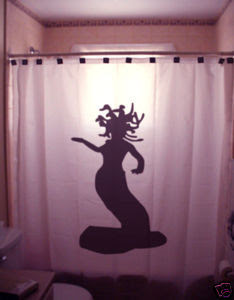 If you have a college student or some newlyweds, you can help them out with practical gift.  The Medusa shower curtain is not only practical, but also emotionally helpful.  Think of all those mornings where some woman stresses over a bad hair day.  If you had this in the background, it would put bad hair day in perspective!  It is a little pricey at $59.99, but you can't put a price tag on peace of mind.  Also comes in Eye of Horus fashions (for that "sometimes I feel like someone is watching me" feeling). 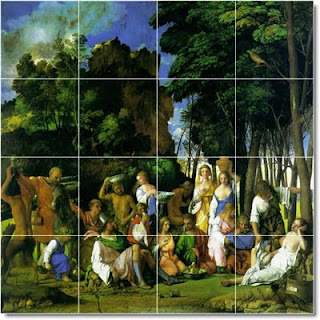 What says, "I love you, Mom" better than a "Feast of the Gods" kitchen mural?  It is practical too.  When you get this beautiful kitchen tile mural for mom, she will love being in the kitchen so much that she'll stay in there and cook more homemade goodies!  Who wouldn't pay $240 for more homemade goodies? 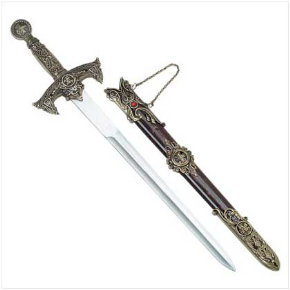 A life size replica of the sword of kings.  Perfect for your boss and not as much as you would think.  Only $49.99.  Your boss is a female?  No worries, this gift idea comes from a web site titled, Something for Her. Obviously females love replica swords (not being one, I can't say for sure, but they couldn't put stuff like that on the Internet if it wasn't true).

So there you go.  Eleven gifts that any mythology nerd can give this holiday season.  And you thought that you could only give books if you wanted to give the gift of mythology this Christmas.  The best part is that I found all of these online so I didn't have to go to the mall (unless I wanted one of those cookies or something)!

Just gone through your blog on gifts and found all your mythological gifts awesome. Where can I buy these and what cost.

I found most of them off of Google shopping. Most of entries came from Amazon. I'm sure that if you plugged in the specs from the list onto Google shopping, then you'll find exactly the item I found.