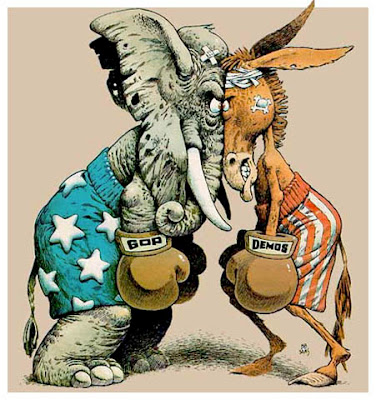 O.K., election day show down. I have my own opinion of who should win and you have yours. To Bubo's Blog, however, it doesn't matter what we think. We want to judge this race on a mythical basis. This blog will Google both "donkey mythology" and "elephant mythology" and from looking only on the first twenty results, will take the best mythology reference to each and compare. Which ever animal has the best mythological results will have their party endorsed by Bubo's Blog, regardless of my personal preference. To be sincere, I am writing this portion of the blog BEFORE checking Google - just to be fair and balanced.

And our contenders are: 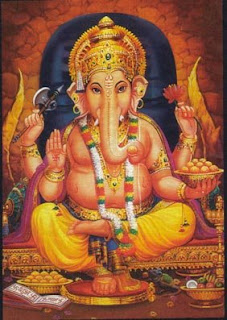 Ganesha - Hindu god of success and destroyer of evils and obstacles. He is the son of Shiva and probably the most recognizable image of Hinduism. He is also worshipped as the god of education, knowledge, wisdom, and wealth.
Possible election fraud here since normally we stay away from Christianity, Hinduism, Islam, Judaism, or any other still practiced religion - however, there were no other connection to elephant and mythology other than in Hinduism in the first 20 pages on Google and precedent has been established for us to delve into these religions before, so election officials have decided to take it.

Set - The Egyptian god of chaos, war, storms, and the desert.  This nasty guy Not only killed Osiris, but cut him into little pieces and hid them.  He was a Pharaoh, but nobody liked him and
eventually was replaced by Horus.  He has a donkey face, or at least part donkey face and tends to be mixed with many animals showing his chaotic side.  His evil nature is a force to be reckoned with and he has already shown he will do what it takes to get the position of power he craves.

The results:
Set leads a powerful campaign, pulling out all the stops and mud slinging.  At every turn, Ganesha seems to escape the brunt of the attack, but cannot seem to overcome this obstacle set (no pun intended) before him.  Ganesha struggles with running a clean campaign based on his views of education and the economy.  He is especially sidelined when allegation of fraud are brought up by Set due to Ganesha's status as really be mythology or not.  However, he continues to fight on, barely winning supreme court cases allowing him to run, only to be defeated in a landslide on election day.  Set lives it up high at his victory party for about an hour, until he is arrested for having ballot boxes stuffed.  Ganesha proves that he is indeed the lord of overcoming obstacles and moves on to be the first Hindu president.
Agree?  Disagree?  Mythologically speaking of course, not on your own political views.
Posted by Mark Alford at 11:05 AM

But beyond the godly representations, don't forget the Onoi Monokerata (One-Horned Asses), who, according to Pliny, have elephant feet! Here's for a united country! (thanks to theoi.com)

P.S. You should be my friend on Goodreads where I use my real name: Sam Grace

And all this time I thought Ailia was your real name. I didn't know who this Sam guy was trying to be my Good Reads friend!