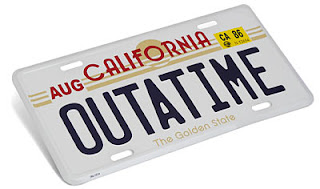 We have always been interested in fast travel. Treasure four of the 13 Treasures of Britian is no different.
The Chariot of Morgan the Wealthy (Kar Morgan Mwynfawr) - quite simply, wherever you wanted to go, you just thought about it and *poof* you appeared (or at least would be there quickly)
Even today, we are obsessed with going faster, saving time, getting their quicker. I read teh book Around the World in 80 Days not too long ago and was amused at 80 days being a speed record. The record for a boat to circumnavigate the globe is 60 days. Steve Fossett did it by himself in a plane in just 67 hours. By who cares about them? This is a mythology blog. What about the mythological travel savers?

My favorite for the sheer image of it is the flying carpet of Arabian mythology fame. One Thousand and One Nights was my first encounter with one, but they were in stories long before that. In that book, Prince Housain found an old beat up carpet that was really a flying one. I guess all that wear and tear from flying really can make a carpet look pretty bad.

King Solomon, who has a lot to do with Arabian lore, also had a flying carpet that was sixty miles long and sixty miles wide. Seems to be one heck of a vacuuming ordeal.

You have Pegasus in Greek mythology that allows Bellerophon to get where he wants to quickly. Unfortunately, Bellerophon began to believe that it was he who was all that and a bag of chips, and when he forced Pegasus to go to Mt. Olympus, Pegasus bumped him off. This earns Pegasus a spot in the stars for being smart and Bellerophon a spot in crippled shame for the rest of his miserable life.

Mandjet is a boat that allows Ra to travel the world each day carrying the sun and looking for dead souls to take to the underworld. Not exactly the best example of fast travel, but it does circle the world in a day.
Magical transportation is not all fun and games, mind you. Just take the time to read this news story (just click the headline):

Man Gets 5 Years for Magical Transportation


I know there are some that I have left out. Leave a comment if you can think of more fast modes of travel.

Unfortunately for me, I have none of these items. I have to rely one my truck to get from point A to point B. Hope you get where you are going fast, on time, and safe this summer.
Posted by Mark Alford at 3:38 PM