O.K, this next treasure of Britain just sounds weird -
The Horn of Bran Galed, the Niggard (Korn Bran Galed o'r Gogledd) - First of all, the Horn of Bran just sounds like some fiber diet plan from the Celtic age.  Next, well, the word niggard has not had too much of an enjoyable time in modern day, considering what it sounds like.  In fact, a teacher in North Carolina got in trouble several years back for teaching it.  For those of you who are unaware, the word niggard means stingy.  It has no connection to the modern day racial slang.  It is Old English in origin. 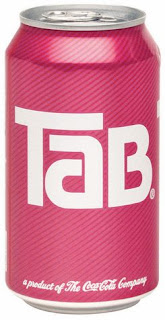 The teacher mentioned earlier had to promise to never teach the word again because it was so close to the racial slur.  She also had to attend sensitivity training, write a letter of apology to the parents of her students, and have a letter of reprimand put in her personnel file.  The school counselors were brought into the classroom to help the students deal with a traumatic event.  There are only three other times I have ever heard the word used.  It was used by a politician several years ago (I forget for which U.S. state) who said that we should not be niggardly with our tax cuts.  He was not elected.  It is also used in Macbeth and in Beowulf.
Back to the treasure.  Whatever drink you wish for, it is in there.  You want ale?  Got it.  You want wine?  Got it.  Heck, it even has Tab, which is pretty hard to get nowadays.
Hercules even had the horn for a little while.  According to some authors, Hercules took the horn from the head of a centaur.  The wife of the centaur soaked a shirt in her husband's blood and gave it Hercules.  When he put it on, he was burned to death (more like acid burn, not fire).  I've heard this story before, but it was always Hercule's wife who gave him the shirt, being under the impression that the blood would keep him faithful to her while he was away in battle.
Either way, the message is clear - centaur blood = bad     Warn your kids!
And now that I have successfully warned you of the dangers of such, I'll see you later!
Posted by Mark Alford at 1:37 PM